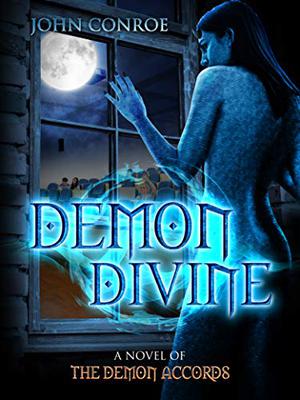 Something unholy is hunting the streets of Burlington, Vermont, stalking the campus of the local university. Chris Gordon and his contingent of demon hunters is drawn to the northern Vermont city by a brutal murder of hellish proportions, ready to banish it from Earth.

But this Hellion is direct from the Abyss, incarnate and fully possessed of all the powers of high Hell royalty – female royalty at that. It’s been said that the female of the species is deadlier than the male, and this one might be the deadliest of all.

How do you flush out such dangerous prey without recreating the chaos that befell Washington such a short time ago? The answer: bait. The bait: Declan O’Carroll, witch prodigy with powers so sweet it’s like candy for the Devil’s own. Can Chris and company catch this monster before any harm comes to their friend and colleague? Or will Hell have its way? Can they see all the angles or does this Abyss bitch have the edge?
more
Bookmark Rate Book
Amazon Other stores
As an Amazon Associate bookstream.io earns from qualifying purchases

All books by John Conroe  ❯