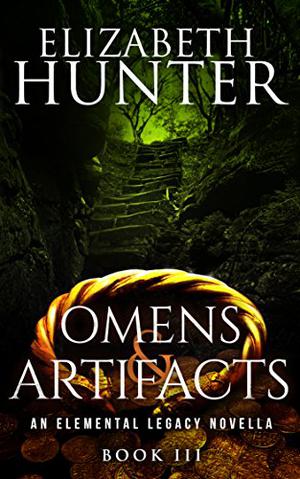 In the elemental world, reputation is everything, but gaining it can get you killed.

Setting up shop as an antiquities hunter means nothing if you don't have clients. Benjamin Vecchio, nephew of a famed vampire assassin, is the subject of widespread speculation, but so far that speculation hasn't translated into work.
What Ben needs is a job. A big job. A profitable job.

Finding the lost sword of Brennus the Celt, the mythical Raven King of the British Isles, would make Ben's reputation in the immortal world, but it could also draw dangerous attention. The Raven King's gold hoard isn't famous for being easy to find. Luckily, Ben has his own legend at his side.

Tenzin is a wind vampire who doesn't like digging, but she's more than happy to let Ben do the dirty work while she provides the muscle he needs to make other immortals pay attention. They're partners. Or so Ben thinks.

But when finding this treasure puts Tenzin's future plans at risk, will their partnership survive? Tenzin isn't used to taking orders from anyone, particularly from a young human who used to be her student. Digging into ancient Scottish history can get you dirty. It can also get you killed.
more
Bookmark Rate Book
Amazon Other stores
As an Amazon Associate bookstream.io earns from qualifying purchases

Similar books to 'Omens and Artifacts'

All books by Elizabeth Hunter  ❯

Buy 'Omens and Artifacts' from the following stores: