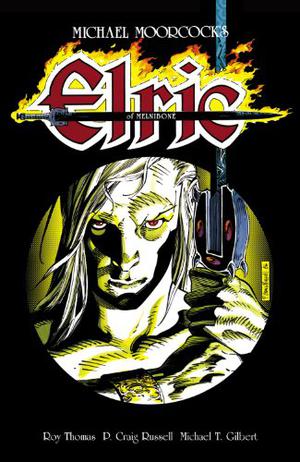 Heir to a legacy of tens of thousands of years, Elric sees the power of his decadent empire waning as the Young Kingdoms of humankind begin to stir. The 428th sorcerer-emperor to hold the ruby throne, he is unusually introspective & weak for his race - a combination that proves too tempting for his scheming cousin, Yyrkoon!
more
Bookmark Rate Book
Amazon Other stores
As an Amazon Associate bookstream.io earns from qualifying purchases

All books by Roy Thomas  ❯

Buy 'Michael Moorcock's Elric of Melnibone' from the following stores: