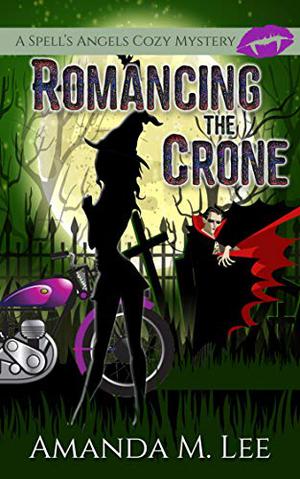 Scout Randall has lived her life in the shadows, always wondering who abandoned her when she was a child and where the magic she boasts came from. Finally, she is about to get some answers.
It won’t be easy, though.
After a wild fight that saw shifters and vampires joining together to battle under an eclipse, things in Hawthorne Hollow are relatively quiet. Scout’s newly-found sister is locked in a cell, her grandfather is laying low, and the enemy appears to be regrouping.
That allows Scout and her boyfriend Gunner to make a trip to her childhood home. Upon their return, a shifter attacks and throws their world into a tailspin. He’s easily dispatched but appears to be suffering from a magical infection that has his body wasting and his mind collapsing.
It’s up to Spell’s Angels to figure out what’s going on, and because nothing is ever easy for Scout, the investigation is going to be harder than she imagined.
It seems there’s a new top vampire in town, and his powers are extensive for a creature who wasn’t born into his legacy. On top of that, he’s crossed paths with Scout before and knows exactly how to push her buttons.
Scout is a fighter but the world is closing in on her. She’s going to need her new co-workers and the family she doesn’t know to help her out on this one … and even then nothing is a given.
The road before her is winding but answers are finally here. Scout will finally know what she is. Whether she survives long enough to benefit from the knowledge is completely up in the air.
more
Bookmark Rate Book
Amazon Other stores
As an Amazon Associate bookstream.io earns from qualifying purchases

Similar books to 'Romancing the Crone'

Buy 'Romancing the Crone' from the following stores: