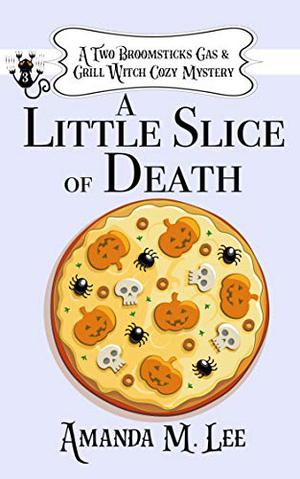 Stormy Morgan thought coming home to Shadow Hills would break her. Instead, she’s found strength, and only part of it is because she’s discovered that she’s a witch. Now, with her great-grandmother coming to town, she’s finally in line for some answers. Now she just has to solve a pesky little murder before she’s free to cast and curse.
Following their first date, a quiet outing for pizza and romance, Stormy and her boyfriend Hunter Ryan discover that the owner Giovanni Rossi was gunned down in his parking lot sometime during the overnight hours. To make matters worse, Stormy believes she dreamed of the murder before finding out about it, which throws everybody for a loop.
Even though Hunter would prefer Stormy focus on her great-grandmother, he’s resigned to the fact that she can’t turn away from the investigation. Together, they start digging … and discover some disturbing clues involving various community members.
Stormy’s magic is evolving, almost on a daily basis, and it’s only outpaced by her curiosity. Once faced with a mystery, she can’t look away, and those who love her most will be dragged along for the ride.
Strap in, because as Stormy learns more about what she can do – with a little help from the Winchesters from Hemlock Cove – she’ll become a force to be reckoned with. She just has to survive long enough to reach her full potential … and that’s easier said than done.
more
Bookmark Rate Book
Amazon Other stores
As an Amazon Associate bookstream.io earns from qualifying purchases

Similar books to 'A Little Slice of Death'

More books like 'A Little Slice of Death'   ❯

Buy 'A Little Slice of Death' from the following stores: