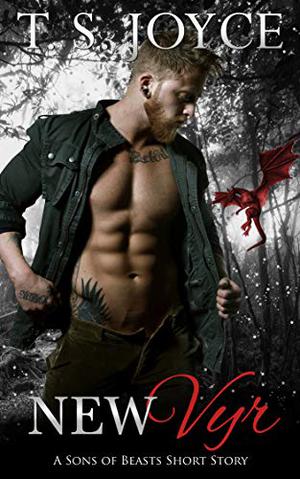 Vyr Daye is learning that not every happily ever after works in a straight line. He was supposed to be okay after he escaped shifter prison and found his mate, but for the past six months, his dragon has felt broken, and has an undeniable instinct to burn and claim the entire world. Four mountain ranges in six months and he’s losing all control, and dragging his Sons of Beasts Crew, and his mate Riyah, straight to hell. It was never the other dragons the world had to worry about. It was always the Red Dragon inside of him. And now he must find a way to save the world from himself.

Riyah Daye has been hurt and spiraling, and for months, she’s watched her mate do the same thing. But where she leaned on her Crew, Vyr distanced himself from everything he loved. She has a feeling she knows what’s going on, but she’s going to have to shake everything up to get the dragon’s attention...even if it means fighting fire with fire.

Sometimes a man doesn’t get the happily ever after he wants.
Sometimes he gets the one he needs.

Lions and dragons and bears, oh my! Don’t miss this short story from the bestselling Daughters of Beasts and the Sons of Beasts series.

The 'Daughters of Beasts' series