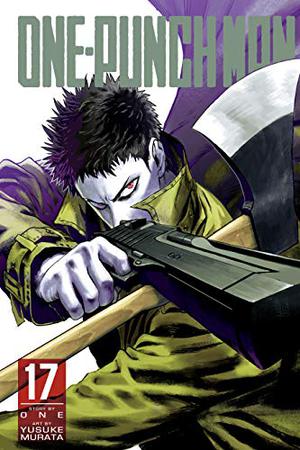 Life gets pretty boring when you can beat the snot out of any villain with just one punch.

Nothing about Saitama passes the eyeball test when it comes to superheroes, from his lifeless expression to his bald head to his unimpressive physique. However, this average-looking guy has a not-so-average problem—he just can’t seem to find an opponent strong enough to take on!

Despite his best efforts, Garo is no match for the overwhelming skill of Bang and his brother. In fact, the hero hunter is near death when the Monster Association attempts to steal him away, unleashing Centichoro in the process. Bang and company take the threat-level Dragon monster head-on before Genos boldly enters the fray!
more
Bookmark Rate Book
Amazon Other stores
As an Amazon Associate bookstream.io earns from qualifying purchases

Recent books by ONE

All books by ONE  ❯