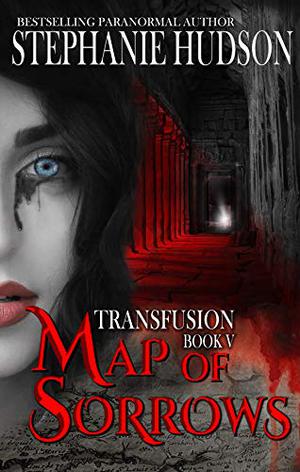 Amelia…
It all started with a plane ride.
Just a simple plane ride home… that’s what they said.
One that wasn’t supposed to end with me flying the damn thing!
But then going home wasn’t supposed to be a bad thing
either…well, that was if going home didn’t also meaning trying to hide
my new, secret boyfriend.
Someone who just so happened to be my father’s old enemy.
Should be easy right?
Well, Lucius had other ideas, ones that included sneaking into my
room, reading my diary, feeling me up and getting my panties in a twist
about pretty much everything…literally.
So, throw in an ancient vendetta, a curse, a witch, an old flame and
a hot Vampire King trying to get in your pants at your father’s table and
what you had was a recipe for only one thing…
A world of hurt and a Map of Sorrows.
more
Bookmark Rate Book
Amazon Other stores
As an Amazon Associate bookstream.io earns from qualifying purchases

Similar books to 'Map of Sorrows'

All books by Stephanie Hudson  ❯

Buy 'Map of Sorrows' from the following stores: