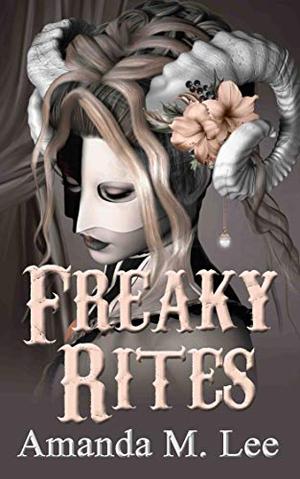 Northern California beckons the Mystic Caravan crew and they’re looking forward to some down time after their previous stop. Emotions are running high and the workers are desperate to return to their normal lives.
Poet Parker and Kade Denton, for instance, have a new camper to move into and they’re both excited at the prospect of an adventure that has nothing to do with monsters. All that changes on their first night in a new camp when wendigo howls fill the air and trouble comes knocking at their metaphorical door.
One wendigo is nothing to worry about but when ghosts start calling every night, only maintaining a distance because of the dreamcatcher, things take a turn for the worse. That’s when the ghosts start invading Poet’s dreams, leaving her on the precipice of death without outside intervention.
All roads lead to a place called Falk, a forgotten logging town that died during the Great Depression. It seems the town is long gone but a bevy of ghosts remain, as does a secret so terrible that the entire foundation of the Mystic Caravan world is about to be rocked.
A fight is coming, and both sides are readying for battle. For Poet, things aren’t as easy as they seem, though.
What happens when the monster you think you’re fighting isn’t a monster at all and the so-called victims are the ones who need to be taken down?
more
Bookmark Rate Book
Amazon Other stores
As an Amazon Associate bookstream.io earns from qualifying purchases