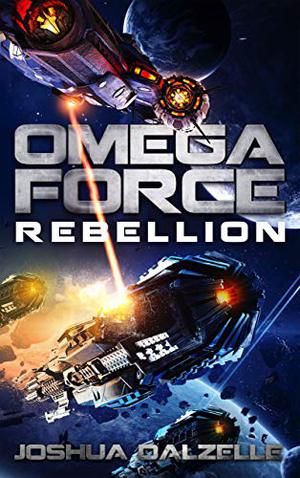 The quadrant is on the brink of all-out civil war, but almost nobody knows it.

Now that he knows a malevolent AI that calls itself the Machine has seized much of the ConFed's military apparatus and even controls the Grand Adjudicators themselves, Jason Burke must decide if he risks picking a fight with such an overmatched enemy, or if he runs to hide and fight another day.

Omega Force needs allies, and needs them quickly. After the unprovoked invasion of a neighboring superpower by the ConFed, Jason finds out that most of their military hadn't been destroyed but instead remains hidden while the ConFed continues to hunt them down. If he can find the missing fleets and convince them to join his fight, he just might be able to hit back at the Machine before it invades another sovereign nation.

"Rebellion" is the eleventh book in Joshua Dalzelle's #1 bestselling Omega Force Series and continues the story of Jason Burke and his crew of mercenaries and criminals.
more
Bookmark Rate Book
Amazon Other stores
As an Amazon Associate bookstream.io earns from qualifying purchases

Buy 'Rebellion' from the following stores: