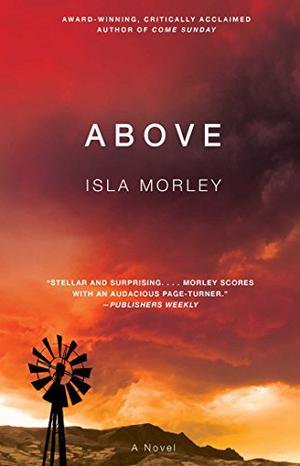 I am a secret no one is able to tell.

Blythe Hallowell is sixteen when she is abducted by a survivalist and locked away in an aban­doned missile silo in Eudora, Kansas. At first, she focuses frantically on finding a way out, until the harrowing truth of her new existence settles in—the crushing loneliness, the terrifying madness of a captor who believes he is saving her from the end of the world, and the persistent temptation to give up. But nothing prepares Blythe for the burden of raising a child in confinement. Deter­mined to give the boy everything she has lost, she pushes aside the truth about a world he may never see for a myth that just might give mean­ing to their lives below ground. Years later, their lives are ambushed by an event at once promis­ing and devastating. As Blythe’s dream of going home hangs in the balance, she faces the ultimate choice—between survival and freedom.
more
Bookmark Rate Book
Amazon Other stores
As an Amazon Associate bookstream.io earns from qualifying purchases

Similar books to 'Above'

Above
Above
All books by Isla Morley  ❯

Buy 'Above' from the following stores: