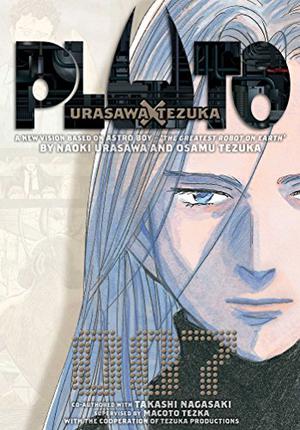 Who Killed Astro Boy? No Robots; Human vs. humanoid!

Pluto has destroyed six out of the seven great robots of the world, and the pacifist robot Epsilon is the only one that remains. Will Epsilon, who refused to participate in the 39th Central Asian War, leave behind his war-orphaned charges to step onto the battlefield? It just might be that kindly Epsilon, who wields the power of photon energy, will be Pluto's greatest opponent of all!

All books by Naoki Urasawa  ❯