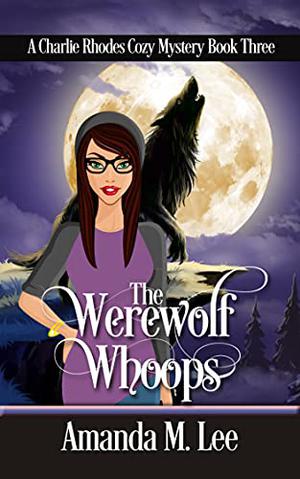 Charlie Rhodes is back on her feet and ready for action. Luckily for her, The Legacy Foundation officially has its first job in weeks and they’re on the hunt for … werewolves.
It seems two campers have gone missing, the campsite littered with strange animal prints. Charlie is excited for adventure but sometimes wishes are more dangerous than they seem.
After meeting a woman and her daughter in the woods – and getting a gander inside her head – Charlie finds she’s on two missions. She wants to find a werewolf and, even more, she wants to find out what makes the secretive Zoe Lake-Winters tick. There’s something about the woman that sends Charlie’s curiosity into overdrive … and that’s not always a good thing.
The Michigan woods are full of dark surprises and Charlie is in for a few herself. She’s hiding a secret, but so are many others, and some of those secrets are worth killing for.
This outing may be one for the record books, especially when multiple mysteries reveal themselves at one time. Survival isn’t always easy, but in this instance, it will be more difficult than Charlie ever imagined.
Sit back and enjoy the show, because the secrets are going to be flying fast and furious … and so is the danger.
more
Bookmark Rate Book
Amazon Other stores
As an Amazon Associate bookstream.io earns from qualifying purchases

Similar books to 'The Werewolf Whoops'

Buy 'The Werewolf Whoops' from the following stores: